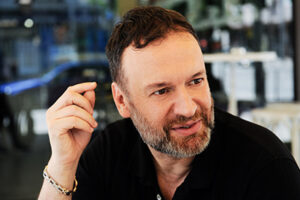 Italian choreographer of agile eclecticism, guest of internationally prestigious realities, he founded in 1995 the “Balletto del Sud” company for which he creates a repertoire of 42 performances of a genre that ranges from the search for the contemporary to the modern reinterpretation of the classics. He creates, with his language, performances for the “Bolscioj” Theater in Moscow, for the Teatro dell’Opera di Roma (6 productions), for the Sofia Opera House (of which he is resident choreographer from 2019 to 2021), for the Opera di Montecarlo, Bilbao, Tirana (2 productions), Magdeburg, for various Rai events (New Year’s Concert 2004 broadcast in Eurovision) and for other national broadcasters. He takes care of opera dances in France, Spain, Russia and numerous in Italy (including: R.O.F of Pesaro, Baths of Caracalla, Teatro Lirico of Cagliari, Bellini of Catania, Petruzzelli of Bari). Specially create shows and events for inaugurations. Some of the most important dancers in the world dance his choreography. 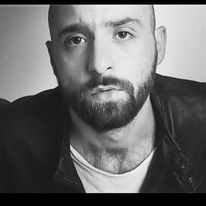 Professional actor, cultural organizer, dramatist, he founded in 2013 “ALIBI Theatre” for which he writes  several plays “ISA –cinque di quattro”, “ThisAge”, “MATER”, “SKYLINE”, “#39”, “ventOtene”, “muttura”. He wins  National Award “Giovani realtà del teatro – XII ed.”, Udine: Special Award of the Director and Artistic Residence at “Artistic suburbs, multidisciplinary residence center of the Lazio Region” for the play “SETE“, but he wins also other awards ( “MATER” is in the final for the national prize “Hystrio – scritture di scena” XXX edt,  National Theater Award “Leuca” Best Dramaturgy Award for “muttura”; National Award “Theater XS” – Salerno for “ventOtene”; National Award “M.Primiceri” – Lecce, Best Show Prize for “muttura”).  He is project manager at the Municipal Theater of Leverano; he is teacher of dramaturgy and theater in the artistic workshops, he works in creation and performing (together with ALIBI teatro staff) of theatrical festival. 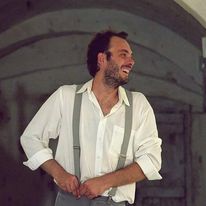 He is actor, director, Dramatherapist and Social Theatre, cultural organizer, he is also founder of “Alibi – artisti liberi indipendenti” and artistic director of “Essenza Teatro”, theatrical and cultural foundation. He uses theatre for social innovation, through philosophy, environmental policies, social marginality, educational and economic poverty. Besides acting and organizing, he dedicates himself to new dramaturgy and social theatre: he realized several theatrical plays and projects:  Skyline for Cton-fest Landscape Festival (2017), Parco narrativo di fine terra written by Matteo Greco (2016), #39, ventOtene, muttura by Walter Prete, The paper boat inspired by Michel Foucault and Aurora, inspired to the works of Nietzsche, [Project of Philosophical Theatre, in collaboration with University of Salento], Eppur si muove_And yet it moves Project of Cultural Exchange south – estern Italy-Uk. 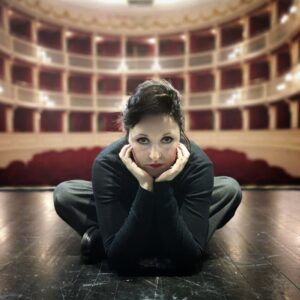 Patrizia Miggiano is actress, author and theatre trainer for A.Lib.I Teatro. She trained with workshops and internships with the masters Mario Perrotta, Matteo Tarasco, Fabrizio Saccomanno, Carla Guido and Dario Oppido.
In 2019, she won the Best Actress Award at the XI Premio Città di Leuca (LE) for the show “Muttura” (A.Lib.I. Teatro) and the Best Characterist Award, named after Ketty Volpe, within the Artemisia Award in Bari. Since 2018, she has been the artistic director of the historical Rassegna Teatrale “Palcoscenico” at “Bussola” Theatre in Muro Leccese (LE). In 2016/’17, she is a reader of audiobooks at the Unione Italiana Ciechi, Libro Parlato, Lecce section. She holds workshops in schools of all levels as part of PON projects, focusing on cultural inclusion. She is a Ph.D. Student at the University of Salento, where she works on film narratives for the enhancement of cultural heritage. Within the framework of her research, she deals with the relationship between geography and media, with particular attention to audiovisual storytelling for the enhancement of cultural heritage (tangible and intangible) and to cine-documentary narratives as territorialising practices.

© Alibi Teatro - Made by Rumors